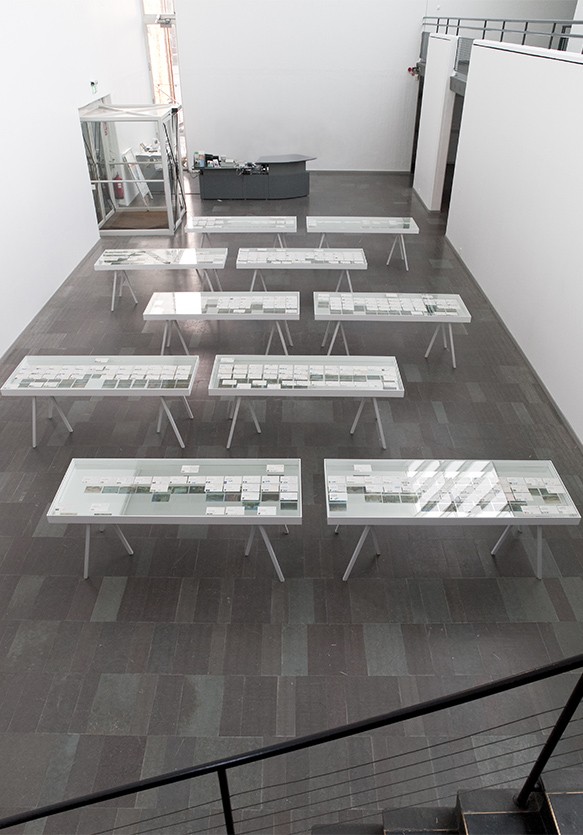 No Unease Can Be Noticed, All Are Happy and Friendly is a collection of about 700 postcards sent from Jerusalem to Sweden by tourists and travelers, immigrants and emigrants between March 26, 1910 and January 24, 1999. Kajsa Dahlberg 2010

This piece was initially produced for an exhibition at the Al-Maâ€™mal Foundation in East Jerusalem. The postcards were found at stamp dealers and in second-hand bookstores all over Sweden and stretch over a period of nearly one hundred years. For the installation, the cards have been ordered and categorized according to the content of the messages that has been transcribed together with the name of the stamp as well and the copyright of the image. This work is part of an ongoing investigation into the logic of the archive as a tool for the work of collective memory. I wanted to start from my position as a traveller from Sweden with everything that comes with that: a perception of community shaped by certain experience and ideas, such as the Swedish welfare state, and with a communal engagement that differs markedly from the interests of an occupation.